Psychology is an integral part of physical therapy marketing and understanding the psychological factors that goes into decision making can help clinicians attain enhanced patient engagement on social media. Practitioners who understand that are ahead of the competition. 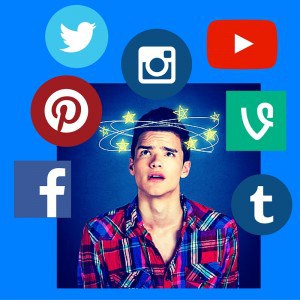 Everyone would like to think that they make decisions based entirely on factual data, but research has amply proven that decisions have a strong psychological component that’s based in large part on an individual’s past experiences. Marketers have been harnessing the power of social psychology for decades to market everything from horseless carriages to cough syrup.

People are curious creatures and the clinician who can answer even their unspoken questions about physical therapy have a distinct advantage. Answering a question posted on a practitioner’s social media feed is one of the best ways to build trust and a following. An answer that leaves the poster feeling satisfied encourages more interaction.

Find questions that potential patients want answers to and provide them through content. Fans and followers can be directed to the clinic’s website where a conveniently located opt-in form is available for capturing email information. Clinicians can nurture the same results by engaging readers on popular question and answer sites such as Yahoo Answers and Quora.

The psychology of value

People become attached to things, ideas and beliefs and assign value to them. When it’s a physical item to which they’re attached, people will designate a greater monetary value to the object than its actual worth. It’s known as the endowment effect and the most famous example was detailed in an experiment conducted by Daniel Kahneman, Jack L. Knetsch and Richard H. Thaler.

An easy way to put this to work for physical therapy marketing is to give individuals a sample of something in exchange for their email address through an opt-in offer. Typically, the exchange is in the form of expanded or enhanced access. If the clinician has provided information of value in the past, potential patients won’t mind sharing their email.

Once they’ve obtained the information, it becomes “theirs.” They develop a proprietary attachment and assign value to it. They can use the information to initiate an appointment, share it, or amaze their friends with their “insider” knowledge, all of which expands the clinician’s reach.

Give something to get something

The principle of reciprocity has played out in the lives of every human on the planet at some time in their life. It’s a concept that transcends cultures. When someone is given something, they try to return the favor by giving something back. It’s applicable on multiple levels.

Sam Fiorella, a partner at Sensei Marketing, noted that people are most likely to respond when they feel that a gesture was sincere, there was no expectation of a return gesture, and it was given as a thank you or in an attempt to serve.

It’s important in physical therapy marketing that readers feel that the practitioner invested sufficient time, thought and effort into creating the information for which they’re trading their email address. They want to feel that the information provided was developed specifically for them.

The principle can be used in social media marketing to obtain links to authoritative sites through links, sharing posts by those sites’ owners, and letting the owners of those sites that they’ve been mentioned in the clinician’s posts or in content. It aids in building trust and influence.

When a person is asked for a favor, they perceive the asker in a more favorable light. It’s known as the Ben Franklin effect and it’s an effective way to build goodwill among fans and followers by asking for their thoughts or experiences. It provides practitioners with valuable information that can be used in future blogs and posts.

Steve Dalton, program directors for Daytime Career Services at Duke University’s Fuqua School of Business, noted that the technique is effective in marketing to build rapport and likability. People who respond to a request for a favor rationalize it by telling themselves they like the person or they wouldn’t have complied.

The principle of reciprocity also applies on the part of the clinician. Reward those who respond to the request with a public thank you and mention them in a post. Save the reward as a surprise and don’t tell them beforehand. If a reward is proffered when the request for help is made, readers will perceive that they helped the clinician out instead of doing them a favor – an important distinction.

The more frequently someone is exposed to something the more they tend to like it and attach a positive meaning to it. In social media marketing for physical therapy, that means posting as often as possible without becoming annoying to fans and followers. One way to attain maximum coverage across multiple platforms is by posting the same information on different social media outlets, but staggering the release by a few hours.

A text or video testimonial by a patient provides others with social proof that the practitioner is desirable. Social proof can take many forms, ranging from awards received and patients served to subscriber numbers and years in the industry. Case studies in which specific results were achieved are another method of validation and social proof, along with mention of when the clinic is featured in the media.

Barry Feldman, named a Top 40 Digital Strategist by Online Marketing Institute, says social proof comes in many forms. Experts in a particular field have influence, as does a celebrity endorsement. Social proof and validation can be obtained through the number of followers a blogger has or by “crowd wisdom.” All of those methods can be used in physical therapy marketing

Everyone can appreciate a brush with greatness, even by association. It affords the individual bragging rights and social proof that they’re “somebody.” It has a powerful effect on others and is viewed as an indication of social status through proximity. The better that clinicians are at demonstrating that they’re similar to fans and followers, the better they feel about the practitioner.

common. Everyone has had an amusing or frustrating experience while shopping, stuck in traffic or with children or a pet. Don’t hesitate to share. Not every blog or social media post must deal exclusively with physical therapy.

People who frequently interact with the same individuals begin to feel closer to them through proximity. It’s a psychological attachment that Victor Clarke, marketer and owner of BeBetterDoMore, said can be utilized for marketing through digital channels and the use of automation available with the Internet via social media.

Automation for marketing a physical therapy business is available with software such as the InTouchEMR™. It’s integrated software capable of producing scheduled emails, offers and announcements. InTouchEMR™ can communicate with patients and opt-ins through a variety of methods, contains powerful analytics and metrics, and provides tracking and monitoring of multiple campaigns at the same time.

The psychology of the demographic a clinician want’s to reach should be factored into any physical therapy business plan. Understanding how individuals think is a key to keeping current patients happy and acquiring new patients. Knowing the psychology of how individuals think, perceive value and build long-term relationships helps practitioners engage their audience for profitable, long-term relationships.