“It is not the strongest or the most intelligent who will survive,
but those who can best manage change.” – Charles Darwin

We live in times of great change, few of us debate that as private practice owners.In fact, most agree that change has been thrust upon us, without warning and without the element of choice.

A video that surfaced recently speaks volumes about the political undercurrents behind the passage of the Affordable Care Act. This is the very definition of ‘candid camera’. An MIT economist (an Obamacare architect) says “Lack of transparency is a huge political advantage”. Click here to watch this video and learn how I help you insulate your practice from the forces in Capitol Hill. 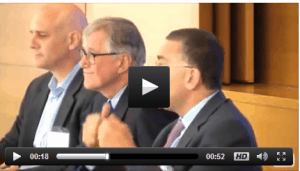 Jonathan Gruber. outspoken Professor of Economics at the Massachusetts Institute of Technology since 1992, is also the director of the Health Care Program at the National Bureau of Economic Research. He has played a big role in the creation and dissemination of health policy that affects the general public. Gruber played an important role in the creation of the 2006 Massachusetts health care reform as well as the Patient Protection and Affordable Care Act, also known as ‘Obamacare’.

In a startling new video, which originally surfaced on Youtube a few weeks ago, Gruber (probably unaware he was being recorded), revealed some rather shocking details about what goes on behind the scenes in the creation of healthcare policy.

Some of his candid comments include:

“Lack of transparency is a huge political advantage”

“If you explicitly said that the healthy would pay in and the sick people would get money, it would not have passed”

“And basically, call it the stupidity of the American voter or whatever, but basically that was really, really critical for the thing to pass.”

“I wish we could make it all transparent, but I’d rather have this law than not”

You can watch the video here, and also learn how I plan to help you deal with this.

WHAT THIS MEANS TO YOUR PRIVATE PRACTICE

The Obamacare economy is here. We may not have a choice as to whether we accept it or not, but we do have a choice when it comes to all the interactions we have with patients from start to finish.

In these times, more than EVER BEFORE, it is critical that you focus on optimizing every aspect of your practice.

That’s exactly why I am conducting a special webinar for my friends and readers to help you streamline EVERY aspect of your practice, and compete in the Obamacare economy.

This webinar is called “How to Win Patients Over During All 3 Stages of the Patient Lifecyle” and I am inviting you, my dear friends and readers to set aside everything you are doing this Friday and click here to attend this webinar with me.

The fact is, every cycle goes through THREE stages as they interact with your practice. The patient lifecycle begins BEFORE the patient steps into your practice, and it continues well beyond discharge. The 3 stages include:

I am going to discuss EACH component in detail and help you how to make the most of every interaction with your patients.

Registered attendees will be given the option to purchase the webinar recordings.

You see, if Gruber can say “Lack of transparency is a huge political advantage,” I can, on our behalf, say with humility, “Abundance of planning is a huge competitive advantage.

Let’s take control of our future together,