How DATA Can Help You Get More Patients (and win elections)

There are some valuable lessons in physical therapy marketing  because data should drive decisions. Data will allow you to determine: 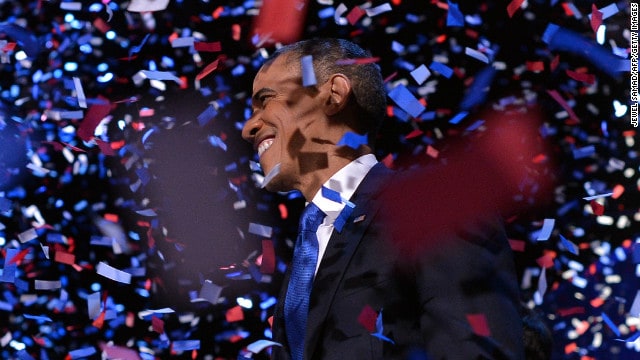 Gathering, storing and analyzing data is an objective way of measuring and growing your practice.

Recognizing the importance of data driven marketing, the Obama campaign used objective information to get votes and to raise almost $1 billion in funds for the campaign. In a revealing story, campaign manager Jim Messina emphasized the importance of a metric driven campaign when he said, “We are going to measure every single thing in this campaign.”

While ideology and policies influence the decision making processes of voters, the fact is that voter behavior is influenced by

For example, the Obama campaign was aware of the affinity of cash-rich West Coast females aged 40 to 49 towards George Clooney. While California has traditionally been a democratic state, the Obama campaign realized that there was significant potential for fund raising with this audience, which resulted in dining opportunities with Clooney and Obama. The same strategy was used on the east coast at the home of Sarah Jessica Parker, an obvious choice to appeal to the same audience at the other end of the country.

The Obama campaign improved on their 2008 efforts by consolidating their databases. The campaign reconciled several lists, which allowed them to target individuals for voting, campaigning and fundraising efforts.  “We analyzed very early that the problem in Democratic politics was you had databases all over the place,” said one of the officials. “None of them talked to each other.”

The campaign started over and built a single database that consolidated intelligence from pollsters, fundraisers, field workers and consumer databases as well as social-media and mobile contacts with the main Democratic voter files in the swing states. The new mega file allowed the campaign to predict how people could be persuaded by certain kinds of appeals, since individuals in call lists were ranked by how much they could be persuaded to believe in the campaign’s most important priorities.

Based on this ‘data driven intelligence’, campaign advisors were able to predict who was likely to donate online. In fact, they made some interesting discoveries. It was revealed that individuals who unsubscribed from the 2008 campaign were easy to re-engage with some personal attention. The level of testing was very detailed. For example, it was tested how much better a call from a local volunteer would do as compared to a call from a volunteer from a non–swing state like California.

The campaign also sent out an e-mail campaign in which dozens of fundraising appeals went out each day. Different parameters in the emails were tested and tweaked, including subject lines, senders name and messages. Emails from Michelle Obama were tested (they performed best in the spring) and surprisingly, Messina’s emails tested better at times than emails from Vice President Joe Biden. In many cases, the top performers raised 10 times as much money for the campaign as the under-performers.

The outreach campaign was not restricted to email alone. It was discovered that some individuals who could donate via text message without having to re-enter credit-card information, gave about four times as much as other donors. As I’ve said, data drives decisions. Once the campaign noticed this, they decided to ‘put this strategy on steroids’ with incentives. First-time donors were offered a free bumper sticker to sign up.

Implications For Your Practice..

For starters, create lists for patients and referral sources. Collect data from patients constantly, analyze it and identify trends and patterns.

This will allow you to discover what’s working, expand upon it and as needed, create incentives for staff and patients.

When you are marketing, don’t make any assumptions about outcomes.

Here’s a good way to get started. Talk with your patients, or encourage them to participate in a short survey; listen to their feedback about what their experience within your clinic is like. Organize this information in a database. Your objective is to build a database of what’s working and what needs to be improved upon.

The 2012 Presidential campaign saw a surge in the use of Facebook as a marketing tool. In the final weeks of the campaign, people who had downloaded an app were sent messages with pictures of their friends in swing states. They were told to click a button to automatically urge those targeted voters to take certain actions, such as registering to vote, voting early or getting to the polls. The campaign found that roughly 1 in 5 people contacted by a Facebook pal acted on the request, in large part because the message came from someone they knew.

From a patient referral standpoint, this is a big lesson. People will listen to people they know. If someone in your community hears about your practice from someone they know, like and trust, it’s the most powerful type of marketing around, the kind money cannot buy. To make this technique even more sophisticated, ask patients “Who do you know that can benefit from our services” and then identify the friends and family members whose primary care physician is someone you are trying to build a relationship with and focus your efforts there. It’s exactly what the Obama campaign advisers did when they urged Facebook users to send messages to their friends in swing states.

We are looking at a new age of marketing and documentation. The old school ways of marketing a practice are gone. The new era involves data collection, analysis and implementation.

Have a great week!