A One Minute Marketing MBA From a 93 Year Old Patient

Last Sunday, as my wife and I were relaxing on the couch watching the US volleyball team win a tense match against Serbia in the 2012 Summer Olympics. something interesting happened.

Halfway through the game was a one minute advertisement from New York Presbyterian hospital. Keep in mind this was national television.

The ad featured a 93 year old female patient Eugenie Kaye, who participated in an experimental heart valve procedure as an alternative to open heart surgery. The patient’s age, the powerful comments in the ad and her likeability have already made this advertisement a viral sensation. Notice in particular, the clean, professional look of the ad (black and white ad with the close-ups of the subjects face against a white background), which is very similar to ads from Apple computers.

There are some big marketing lessons to be learned from this one minute ad. Most individuals might miss the subtle elements of the ad. I wouldn’t be surprised if the hospital spent millions of dollars in research to identify the elements that make ads work, and hired a professional marketing company to put all the pieces together.

I am about to pull back the curtain and break down the crucial elements of the entire ad for you. I’ll be covering radical approaches like this, and more at the upcoming Ignition 2016 event in San Diego, CA on Sept 23, 24, 26. If you haven’t secured your seat, now is the time, because ticket prices go up soon.

This is a bold, innovative approach to health care marketing. The ad’s a home run, and there a lot of things done right with it, something worth emulating in the marketing of your physical therapy practice.

Please watch the video below and after you do so, please ask yourself – what did they do right here?

The Ad Emphasizes a Powerful, Inspiring Story from a Patient

We live in an age where patients need to be feel empowered. It’s no longer about the provider, it’s about the patient and ‘what you can do for them right away’. The entire ad is the patient talking about herself, and about the procedure that changed her life. In fact, the ad makes her very likeable which makes the message even more compelling. In fact, the ad not only makes her appear trustworthy, it actually makes her an inspirational figure. There’s very little talk about the hospital until the every end.

There’s another element here – the hospital knows it’s target market with the ad. The aging baby boomers. Not only is their target dead-on, they have, what I call an ‘extended target’ with middle aged Americans who’ll say to themselves “Wow. I should stop complaining about the fact that I am in my mid-forties”. The hospital has identified Eugenie as it’s ‘patient avatar’ for the geriatric patients it is hoping to attract..

The Ad Flirts with Controversy

Eugenie start’s with a statement that most would consider a curse word, and while I didn’t know you could say that word on national television, it’s interesting to see the immediate impact of that comment – it holds your attention, making you wonder “What else is this old lady going to say?” That keeps you watching. Holding the attention of the consumer in a field as ‘traditionally boring’ as health care is a challenge that this ad has managed to overcome within the first 5 seconds. She goes on to say things like “If you’re not old, you’re dead” and so on.

The Ad Positions the Hospital as the Savior

Eugenie received a call with ‘good news’; the fact that she had been accepted into a clinical trial from (who else?) the hospital.

The powerful component here is this message is implied subconsciously. The marketing / PR firm that the hospital has hired is doing their job.

She goes on to say: “What would I say to the people that took such fantastic care of me? First, I will kiss them. Then I will say, you saved my life”.

All this has happened within the first 30 seconds of the ad, by the way.

The Ad Transfers the Validity of the Patient to the Hospital

This is the big one. In most cases, a ‘testimonial’ is just that – a simple testimonial. It doesn’t really ‘transfer’ the results of the patient to the provider, since everyone knows it’s nothing but a ‘commercial’. However, there’s something very unique in this ad. Not only do you trust Eugenie and get inspired by her, the second half of the ad sets the stage for the ‘big impact’ in the last 10 seconds.

“Maybe I am lucky enough to see the bar mitzvah of my grandson – 8 years? I may not live 8 years. Though in my place there is a lady who is 104 – she is chairman of the welcoming committee”.

The Ad Ends with a Call To Action

Now, the ad is telling you that if you thought Eugenie was inspiring, then that’s just ONE of the successful stories that the hospital has. In fact, the fact that the 104 year old lady is on the welcoming committee makes the listener feel “Not only do they provide great care, they are ‘one of us’. They believe in the community, and they care about 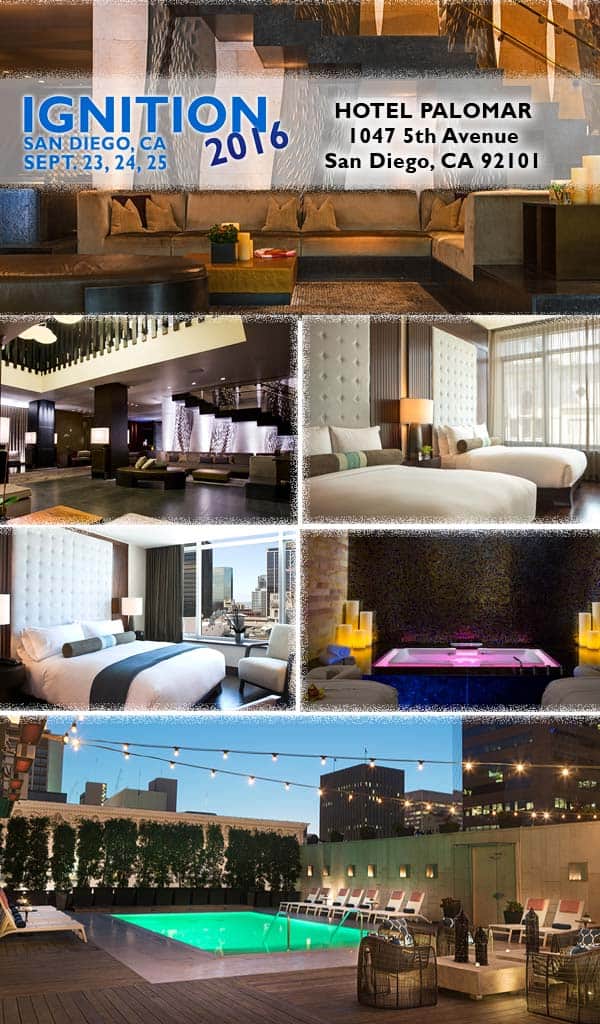 The ad fades to a message “Amazing Things Are Happening Here”, and a ‘call to action’ for the viewer to visit the website of the hospital.

Most marketing messages fail at the final step, with NO call to action. It’s almost like the end says “Thanks for watching. (Implied) We are nice people and hope you contact us”. Instead this ad asks the patient to visit the website, where (you guessed it), there are several additional inspiring stories from patients geared towards different conditions.

Moral of the story? Successful marketing motivates and inspires without explicitly promoting your services. In an age of patient empowerment, you need to focus your message on the patient, and not your services. You need to do it in a manner that motivates and inspires, and you need to do this for different ‘patient avatars’ and different conditions you treat. As a private practice owner looking to grow your clinic in the new economy, you’ve got to be in the business of ‘changing lives’, not just providing physical therapy.

There is a whole new level of getting into your patient’s mind that you haven’t yet thought off. This is the difference between a good practice, and a great practice.

Any other approach, and you’ll be left behind.

PS – If you thought that was inspiring, here’s another story from the same hospital featuring a much younger patient, Heather McNamara. It’s not hard to guess their ‘patient avatar’ for this message.